What is the Role of Curcumin in Allergy?

The term ‘Allergy’ can be defined as a type of hypersensitivity which results from the extreme reaction of the immune system to certain ‘allergens’ (substances which trigger an allergy).

The common allergens which cause an over-reaction of the immune system, thereby leading to an allergic condition, are: foods, pet dander, medicines, smoke, house dust mite, and seasonal allergens (such as pollen, yeasts, weeds, grass, etc.). Although these substances (allergens) do not pose any problem for most people, they are treated as a threat by the immune system of allergic individuals; and thus prompt the immune system to produce an inappropriate (overactive) response.

When allergic individuals come in contact with a potential allergen, their body releases some chemicals, particularly histamine (which are considered ‘Immunoglobulin E’ — or IgE — antibodies). The activity from an excessive amount of histamine is the main cause of allergies.

Some of the common symptoms of allergies are:

Severe allergies — termed as ‘anaphylactic shock’ — can be life-threatening, as they can cause acute asthma attack, drastic swelling of throat, and a drop in blood pressure. In addition, allergies can also cause dermatitis, sinusitis, and other infections, as well as fungal complications involving lungs (such as Allergic fungal sinusitis and Allergic Broncho pulmonary aspergillosis). 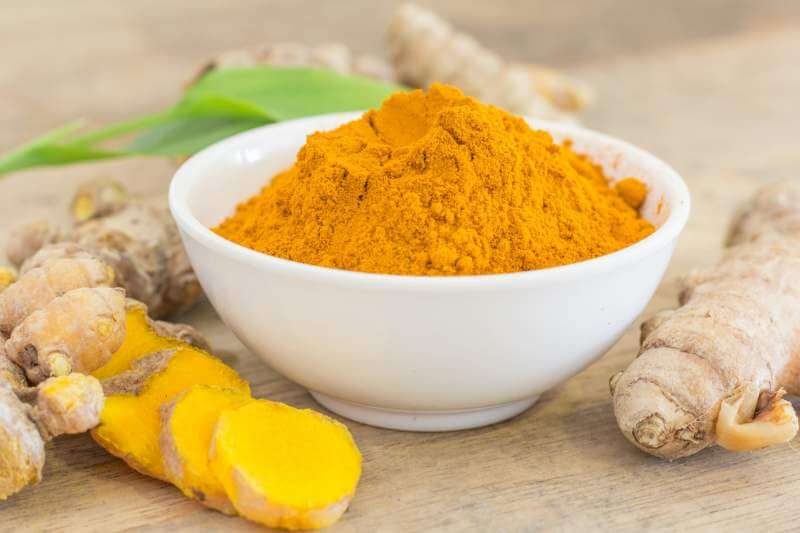 Curcumin is the main ingredient of the ‘Curcuma longa’ (Haridra) herb, a member of the ginger family (Zingiberaceae). From the underground stems (rhizomes) of the Curcuma longa herb, a wonderful household spice — commonly called ‘Haldi’ in Hindi and ‘Turmeric’ in English — is derived.

Curcumin is widely known, since ancient times, for its proven effectiveness in preventing the activation of allergic reactions, when administered orally or topically. It is very beneficial in reducing the release of histamine and other IgE antibodies into the bloodstream; thereby stopping the onset of allergic reactions.

Curcuma longa, which has Curcumin as its most active component, is a multi-faceted wonder spice which is known for its several beneficial activities (specifically immune-modulation activity) which broadly include:

On the basis of its diverse activities, Curuma longa has the capability to detoxify the liver, fight allergies, boost immunity, balance cholesterol levels, stimulate digestion, and improve skin complexion. The herb has been clinically proven to support the immune system and strengthen its resistance to common allergies.

Role of Curcumin in Allergy

Several recent studies have revealed that Curcumin has the potential to induce ‘immunomodulation’ and plays an associated role in the amelioration of allergy. With the underlying pathophysiology of atopic allergic reactions being the secretion of cytokines like TNF-α and IL-4 by the mast cells, the results of Curcumin-related research has shown that Curcumin can not only inhibit (block) the secretion of cytokines, but can also block the antigen mediated activation of mast cells.

In scientific testing, Curcumin has been found to substantially reduce airway constriction and over-response; and in cell studies, Curcumin reduced inflammatory marker production in lung tissue. On the whole, studies have shown that the use of Curcumin is an excellent choice for people suffering from allergies and asthma.

Based on the suggestions from recent studies, and the years long use of turmeric in treating allergies, some of the overall benefits of Curcumin/Turmeric in managing the symptoms of different allergies are:

Curcumin is an extremely effective inflammatory mediator inhibitor for allergic reactions. It can prevent the accumulation of inflammatory cells while also preventing constriction of airways. Curcumin is also helpful in decreasing mucus production; and it anti-allergic properties are very useful in reducing the incidences of asthma induced by allergy. Moreover, Curcumin also works in a synchronized way, to have an effective influence on cellular membranes for organizing them more orderly manner.

Top 5 Tips To Protect Your Skin From Allergic Diseases

How Health is Affected by Clean Air

Injectable Steroids – Know Everything About It!

The Important Connection Between a Good Diet and Better Teeth

8 Causes Of Excruciating Tooth Pain And Their Treatment