Higher Death Rate in Women After Discharge for Heart Arrhythmias

Heart arrhythmias (atrial fibrillation and flutter being its most common form) are always a cause of concern for both sexes, but studies show that women are actually more prone to succumbing to its complications following a hospital discharge. This finding goes against the long-held belief that most cases of atrial fibrillation are benign. Nonetheless, the susceptibility of women to it does raise a lot of questions, which would be answered here.

The Difference between Men and Women in Cardiac Arrhythmia Management

One key factor that plays a significant role in gender-based mortality from arrhythmias is the difference between how either gender’s hearts are wired. It’s a scientific fact that the growth of each part of the human body is genetically determined from birth, and is then subsequently influenced by sex hormones. How the heart is wired is no exception.

An easy way to prove this is through a standard ECG test. In men, the QT interval is almost always shorter compared to women. While these differences may not be apparent in children, they are always guaranteed to manifest once they hit puberty. It is these very differences in ECG testing because of gender that make it difficult to diagnose any potential heart complication among women. This often results in false positives which only highlight the issue of inaccurate diagnosis. In fact, there is a 25% higher chance for women to get a false positive diagnosis than men.

Even structural influences (the most common of which is breast tissue) could render an ECG test unreliable for women. This is especially true if the breast tissue is significant enough to obscure an image of the heart. There is also the fact that women have tendency to have a faster baseline heart rate than men. These are but some of the reasons why it can be quite a challenge for any cardiologist to make reliable heart disease diagnoses in women patients.

Kinds of Arrhythmias that are More Common in Women 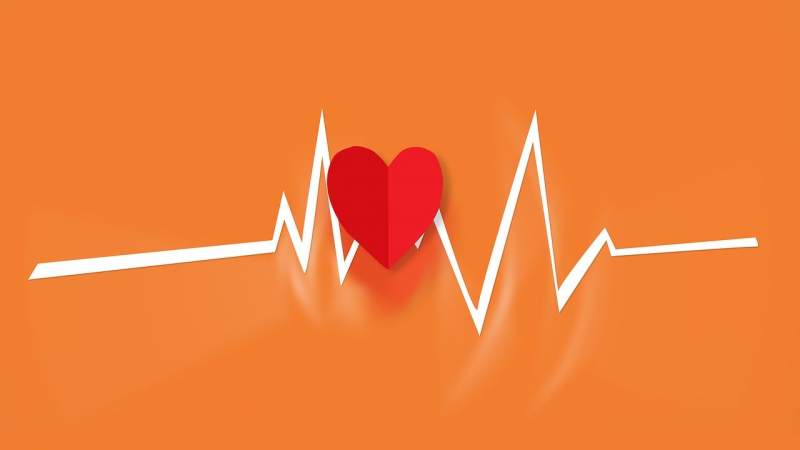 Another noteworthy topic to highlight is the prevalence of certain types of arrhythmias in women alone. Below are the most common ones that manifest themselves:

Even the cases of atrial fibrillation among women shows a marked difference compared to those that usually occur in men. While this common arrhythmia condition is more prone in men, it’s interesting to note that women tend to get atrial fibrillation that is concerned with valve disease. This is in stark contrast to men who get it due to coronary artery disease.

This makes women more at risk to life-threatening conditions like stroke and sudden cardiovascular death than men. It also has to be stressed that this risk increases with age, and if the woman has other underlying chronic conditions like diabetes and high blood pressure. Additionally, women tend to have longer episodes of atrial fibrillation than men, and have faster heart rates as well.

Factors Outside of Health that Affect Mortality Rate

Of course, it’s also important to note the factors that could evidently affect the higher rate of death in women after being discharged for heart arrhythmias. For one, studies have shown that men and women have notable differences when it comes to choosing when to return to the hospital after being discharged as well as in scheduling any follow-up visits to their physicians.

There are numerous factors that affect their varying decisions. These range from income and accessibility of healthcare services to personal preferences and other socioeconomic factors. There is also the time that it takes to decide to return for a follow-up visit that should be considered.
What is truly notable in the arrhythmia study that centers on high death rate among women, though, is the fact that the higher death rates in women are more pronounced 30 to 90 days after being discharged for their arrhythmia. Their deaths are either due directly to atrial fibrillation or heart failure and stroke. Stroke, in particular, is the most common cause of death in women.

Better Management for Women is Necessary

What the facts stated above underscore is that gender-based analysis of arrhythmia management should not be overlooked and should even be encouraged. This shouldn’t be taken as a sign of gender weakness nor should be considered a form of discrimination. The evidence of biological differences are there, and further studies are nothing short of necessary identify and prevent further complications. These would also prove to be beneficial in pinpointing the changes and improvements to healthcare services that have to be done in the future.

Lastly, these facts also underline the importance for greater arrhythmia management for women, especially those who already have underlying cardiovascular conditions. Women patients should also be extra wary and be prepared for the worse possible scenarios, as far as atrial fibrillation is concerned. The fact that it’s more difficult to diagnose and treat women who potentially have a major heart disease should convince patients and healthcare providers alike to be more open to stricter and more vigilant management with the passage of time.

How To Calculate The Heart Rate To Burn Fat

Can Nuts Reduce The Rist Of Heart Disease?

7 Reasons Why You Are Not Losing Fat From Your Body