Let’s take a typical scenario where you wake up middle of the night to a persistent snore from the other room or from a sleeping partner close by that you can’t stand and you begin to wonder if they were doing it intentionally. You tap them softly or maybe hard, if you are so irritated, and they mumble some incoherent apologies and fall back to sleep. Only, for the scenario to repeat itself some few minutes later and you employ your pillows as an ear shield, trying desperately to shut out the snoring.

Yet another scenario; you’ve just had a long night but yet wake up in the morning and for reasons unexplainable, you have this panging headache like you had had a marathon instead, you’re also still feeling so weak and sleepy but have a lot of activities lined up for the day. You wonder if the eight hours or more time spent sleeping through the night had gone to waste. 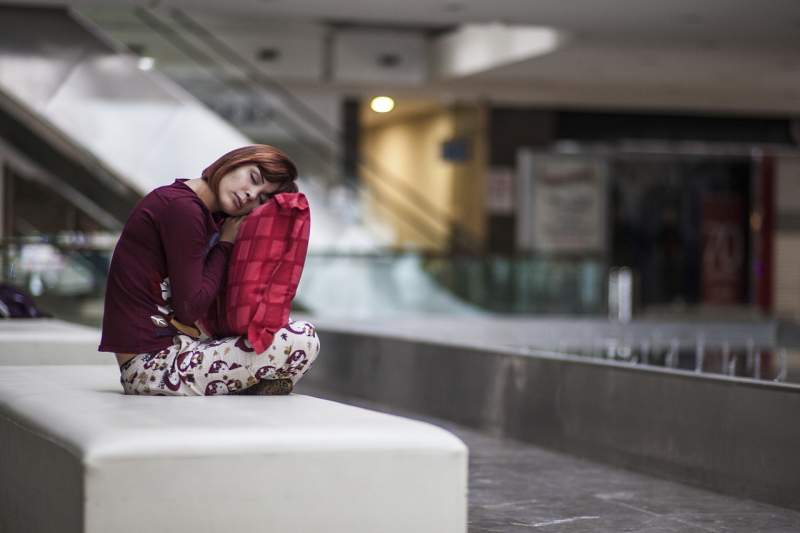 The above mentioned scenarios are not exactly a mystery nor do they have spiritual interpretations, they are rather a medical condition known as Sleep Apnea.  Sleep apnea is a sleeping disorder whereby breathing is disrupted at intervals; this is caused by the temporary collapse of the tissue in the throat muscle thereby impeding the intake of breath. What this means is that while a person suffering from this medical condition is asleep in the night, there are periods, usually lasting seconds or few minutes, where breathing is interrupted mostly without the knowledge of the person.

It is this action that sometimes results into noticeable headaches, drowsiness and ineptitude in the morning. One of its most significant symptoms is snoring. Snoring is caused when the carbon dioxide that is meant to be exhaled out of the lungs forces its way through the collapsed throat muscle, the friction is what causes the sound.
The dangerous thing about this condition is that it often goes undetected or unnoticed because most people who suffer from this condition are not aware of it, being that it only happens when they are fast asleep.

Also, doctors are also quite handicapped usually because they can’t detect the condition during routine medical visits to the hospital neither does any blood or lab test help detect the condition. Only a family member or bed partner might be the first to notice signs of sleep apnea, if they are not properly informed about the existence of this condition, the might attribute it to something other than what it is.

This is not to say that all snoring condition is caused by sleep apnea, or every time one wakes up feeling tired and drowsy, then they have sleep apnea. Tests and observation are needed to ascertain that such symptoms can be pinned on the sleeping disorder since blood samples and laboratory test are futile.

What then are the symptoms to watch out for? For one to discover if they have this condition there is a need to examine what the symptoms are, that is, apart from snoring. Others include: Daytime sleepiness, Fatigue, Un-refreshing sleep, Insomnia, Nocturia (waking during the night to go to the bathroom), waking up in the morning irritated, having difficulty concentrating in the day, morning headaches, memory loss, even decreased sexual desire.

Other signs to look out for include, High blood pressure, Mood disorders, Coronary artery disease, Stroke, Congestive heart failure, atrial fibrillation, Heart attack. Though these symptoms look more severe and do have other causes, but one cannot override the effect of not getting enough rest to exacerbating this conditions.

Sometimes too people with the following physical features are at a risk of having the condition too: Obesity is a red flag to having sleep apnea, Large neck size – 17 inches or more for men, 16 inches or more for women, recessed jaws, enlarged tongue and tonsil.

So, when one finds the repetition of these symptoms mentioned above, over and over again, it is advised that they are not to be overlooked, the prompt action is to see a doctor so that test can be carried out to ascertain if the individual is suffering from the condition and the right action are taken.

Based on these signs and symptoms, the doctor may refer you to a sleep disorder health center. There, a sleep specialist can help you decide on your need if or not you need further evaluation.

Such evaluation sometimes involves overnight monitoring of your breathing and other body functions during sleep. Having the test done at home can be an option. Tests for this purpose may include:

These are simplified tests recommended by the doctor and done at home; they usually involve measuring your heart rate, blood oxygen level, airflow and breathing patterns. If you have the condition, the test results will reveal drops in your oxygen level during sleep apneas bout and subsequent rises when you awaken.

Nocturnal polysomnography: In this test, the patient is hooked up to an  equipment that monitors your heart, breathing patterns, lung and brain activity, arm and leg movements, and blood oxygen levels while you sleep. If the results are abnormal, your doctor may be able to prescribe a therapy without further testing.

And in cases when you have Obstructive Sleep Apnea, a condition where the throat muscle collapse inhibiting the movement of air while you sleep, the doctor may refer the patient to an ear, nose and throat doctor to rule out any blockage in those organs. An evaluation by a heart doctor (cardiologist) or a doctor who specializes in the nervous organs (neurologist) may be necessary to check for causes of central sleep apnea, a more severe sleep apnea condition where the brain doesn’t send a signal to the lung to breath.

8 Proven Ingredients You Can Use to Treat Internal Bleeding